2004 Shaun and Adad Vanunu established Precision Aerobatics Pty Ltd in Sydney Australia.  Shaun, a full-scale pilot, avid RC modeller and an engineer with vast experience in CNC machining and production-line processes, decided to expand his love of RC beyond his own hobby. Early production included giant scale aerobatic models which were Shaun’s passion. These were the very early days of electric flying, and Shaun was studying and researching this new field, quickly becoming an expert in all things electric.

2006 After 18 months of development Shaun achieved a new level in RC model design. By combining carbon fiber, balsa and ply in a way never seen before, utilizing the strengths of the fibers within each raw material, the end result was lighter, stronger and more rigid aircraft that fly like nothing else! This unique and sophisticated construction method was branded FiberFusion®.
Be aware – other RC companies attempt to replicate the innovative FiberFusion® construction method – but nothing beats the original!

The iPAs approach to powering models was established, meaning that each model was designed together with its optimal electric set up in order to reach the highest possible performance. It was all made possible by completing the design of our own line of Brushless motors, featuring RotorKool® technology, called Thrust Motors and high end electronic speed controllers called Quantum ESCs.

2006 saw a huge leap in our production quantities, with the release of the Katana MD and the Electric Shock. Daniel Dominguez joined as full-time test pilot, also in charge of the PA website and online media.

2007 The Addiction 3D was released and became a huge success, selling more than ten thousand models worldwide! This model is still produced as of 2018 and is still one of the most successful 3D trainers. Later that year saw the release of the Extra 260, a wonderful aerobat and one of our strong sellers even at 2018.

2009 Along with the release of the Extra MX that year, PA expanded their Thrust Motor and Quantum ESC lines, to offer a variety of top quality accessories developed to enhance the performance of their models.

2010 A 6 Acre property was purchased within the Sydney metro area for Precision Aerobatics’ headquarters. The property included our own flying strip and a purpose built 6500 sq. ft warehouse including offices, showroom, design studio and testing area.

The Addiction X was introduced, becoming a huge success, selling thousands within the first year of being released and remaining a strong seller to this day.
Malcolm Stiles joined our team as our very own color-scheme designer, creating some of the most attractive schemes out there.

2011 New approach to our designs was first introduced with the Bandit, and then the Katana MX – representing the NEXT Generation PA planes. Being a NEXT Generation PA plane means the plane sustains more energy when flown and by so keeping higher flight speeds which is vital when performing consecutive aerobatics or freestyle maneuvers and allowing sharp and quick turns, resulting in most impressive and breathtaking transitions. Yet, it can, JUST AS WELL, be flown like a big foamy when slow 3D and high AOA maneuvers are executed.

2012 Precision Aerobatics USA moved to a large, 7000 sq. foot retail facility and change of staff meant customer service significantly improved.
Nexatec servos were released – Precision Aerobatics’ own brand of servos, produced to our high standard and ideal for the high performance of our models.

2013 Precision Aerobatics Addiction XL was released at NEFI, realizing a dream to so many Addiction flyers who wanted a larger more capable version of their loved Addiction.

2014 The XR-52 was first released offering a wider flight envelope and the ability to have a completely different flying airplane by just a change of a propeller.

2015 Precision Aerobatics appointed Braeckman Modellbau, a long-time partner, to be the Precision Aerobatics EU – A single distribution point for Europe, greatly improving customer service and availability of our products there.
The XR-61 was released – bringing precision flying to a new level.

2016 Precision Aerobatics headquarters relocated from Sydney Australia to the United States. The Vanunus – Shaun, Adad and their children settled in Chapel Hill, North Carolina. Expanding the PA brand in the US and introducing a new level of customer service. 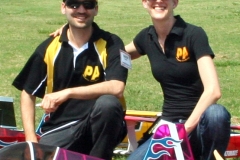 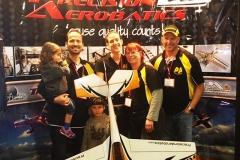 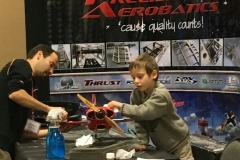 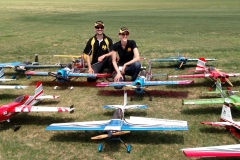 [Show slideshow]
2017 Precision Aerobatics Katana 52 was released together with the first of the Thrust R series, the Thrust 45R, utilizing Rotorkool® technology in a more conventional configuration allowing the use Thrust motors on many other models that use rear mounting. 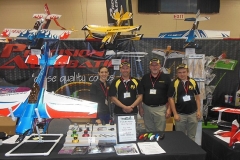 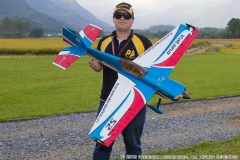 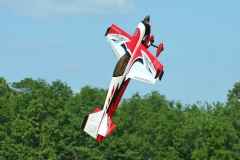 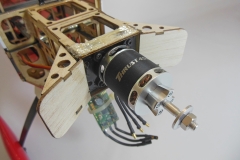 [Show slideshow]
2018 – The release of PA’s High Voltage line of Quantum ESC and HV Nexatec servos, as well as the anticipated release of the Ultimate AMR 60 with the new Thrust 60R, PA’s new approach to motor engineering, resulted in a complete upgrade of PA’s signature iPAs set up.
Precision Aerobatics’ new website was completed after a long time in the making to better serve our customers right from the first click. 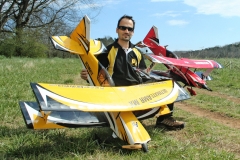 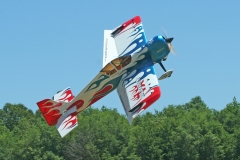 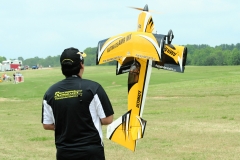 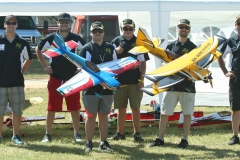